Tempe House Open Day was in April, a while ago now! It is open once a year, located right on the banks of the Cooks River in Tempe. It would have once had a commanding view of the river, with expansive lawns gently flowing to the rivers edge. Now backing onto new apartments, you can still glimpse the original views.

“Tempe House is an exceptional and rare example of Neo-Classical Georgian architecture designed by leading colonial architect John Verge who was commissioned to do the work in 1831 for Sydney businessman (Alexander) Brodie Spark. Since that time the house has had a significant history. Caroline Chisholm, the renowned philanthropist who appeared on the old five dollar note, leased the house in 1863 and ran an educational establishment for young ladies on the site. In 1884 Catholic nuns, the Sisters of the Good Samaritan, bought the site for a women’s refuge and built St Magdalene’s Chapel.” 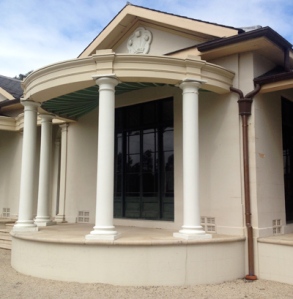 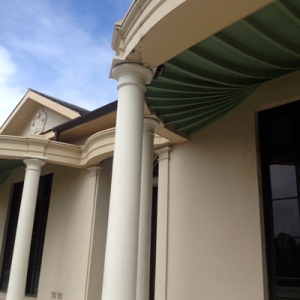 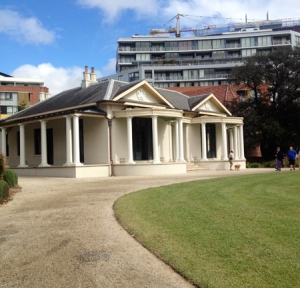 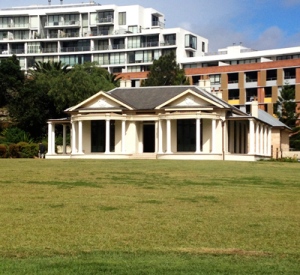 That beautiful historic green under the porticos, and grand doorways looking out to the river. 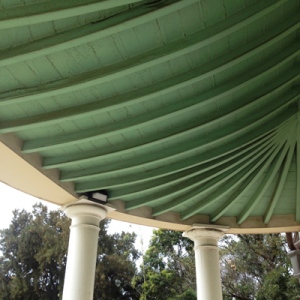 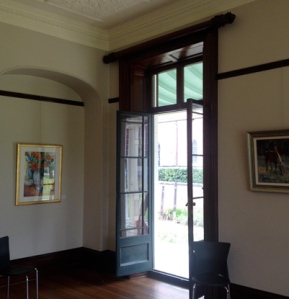 The stables, with layers of history embedded in the walls. 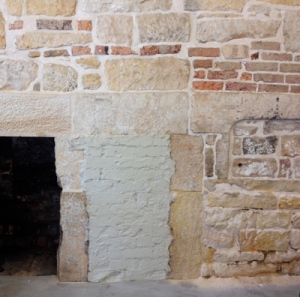 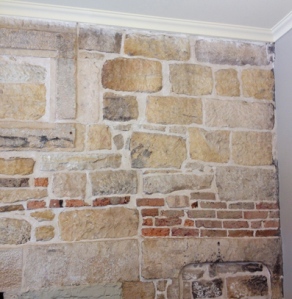 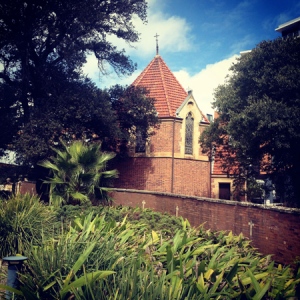 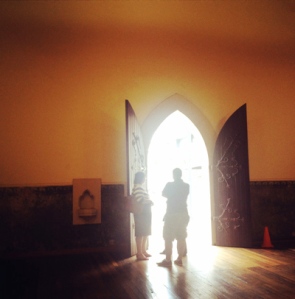 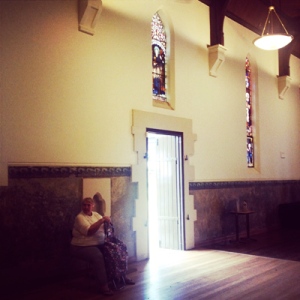 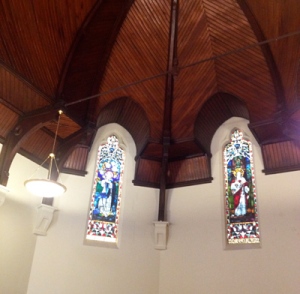 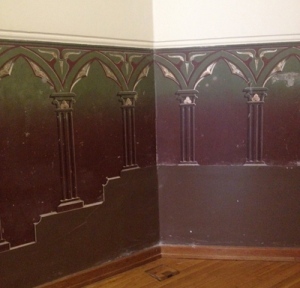 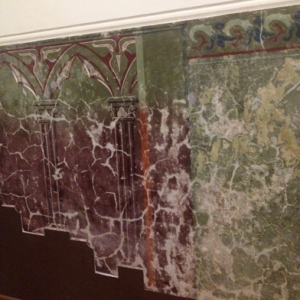 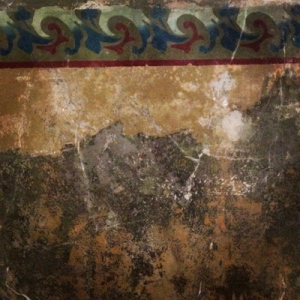 The garden, a walled garden and Mt Olympus Gardens 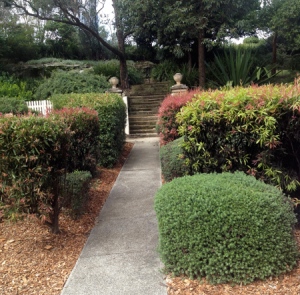 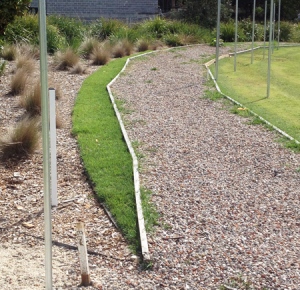 Archaeological finds on the site 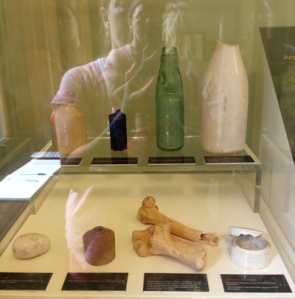 Leaving, the view of the river from the bridge, with “Verge” the architects name, think this is a coincidence! 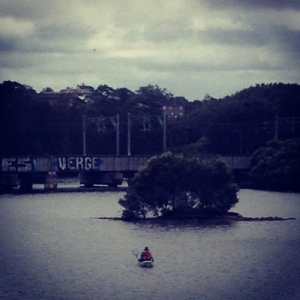 “Tempe house was created as a romantic vision by the respectable Scottish merchant Alexander Brodie Spark (1792-1856), as a recreation of the romantic Vale of Tempe – a gorge in northern Greece through which flows the Pineios River on it’s way to the Aegean Sea. On the right bank of the river sat a temple to Apollo, near which the laurels used to crown the victorious in the Pythian games were gathered. Ancient Greek poets celebrated it, as the favourite haunt of Apollo and the Muses. Alexander Brodie Spark came to Sydney as a free settler from Elgin Scotland. He had discovered romantic places such as the Vale of Tempe and Tusculum during a grand European tour in his youth, having been joined by the famous poet Wordsworth on the magical lakes of northern Italy. A. B Spark arrived in Sydney in April 1823 and quickly established himself as a most successful merchant. He built his first mansion at Potts Point, which he named “Tusculum” after the large Roman cities in Alban Hills outside of Rome. Spark employed the most fashionable architect of the period John Verge, to design both Tusculum (1834) and Tempe House (1836) – John Verge had also designed other famous mansions including Elizabeth Bay House and Camden Park for the wealthy of the colonial period. In 1840 A.B. Spark married Frances Maria, née Biddulph, the beautiful widow of Dr Henry Wyatt Radford (her portrait hangs in the Art Gallery of New South Wales). Over the next 10 years 6 lovely children were born at Tempe House. Sadly the halcyon days did not last long, the depression of the 1840’s hit Spark hard, having being declared insolvent by 1844. Gone were the days of 35 servants and up to 778 guests annually at Tempe, these guests included famous artists, wealthy merchants and Sir George and Lady Gipps, Governor of Colony of New South Wales. 1863, the famous philanthropist Caroline Chisholm leased Tempe House and converted it into a school for young ladies named Greenbank. However by 1866 and Caroline’s failing health, the school closed and the original 100 acre grant was subdivided leaving Tempe House retaining only 12 acres, Tempe House was again leased as a private residence. In April 1885 Tempe House and grounds were sold to the Sisters of The Good Samaritan of the Order of St. Benedict. The sisters conducted a refuge and training centre for the rehabilitation of delinquent girls, teaching skills such as laundry, dairy, gardening etc, which by 1900 comprised over 100 people. St. Magdelen’s chapel was constructed in 1888 by renowned architects Sheerin and Hennessy and constructed from fine quality red brick with cream brick and sandstone detailing. The Chapel, like the house, represents the period of architectural style in which it was built, being of Victorian Gothic in design. The most striking feature of the Chapel is the vaulted cedar boarded ceiling supported by a series of arched ribs. In 1990 a permanent Conservation order was established for Tempe House, meaning the preservation of Tempe House and the remaining grounds to the riverfront were secure. In 2001, the architects Tanner & Associates were employed to restore Tempe House and St. Magdelen’s Chapel to their former grandeur. This was the start of the renaissance of the Tempe House Estate, with the creation by Australand of the Discovery Point Community, ensuring the preservation of these historically significant properties for the future.” History compiled by Ross Berry – Honorary Historian, Tempe House